Calculating the Value of the Dustin Penner Picks

Share All sharing options for: Calculating the Value of the Dustin Penner Picks 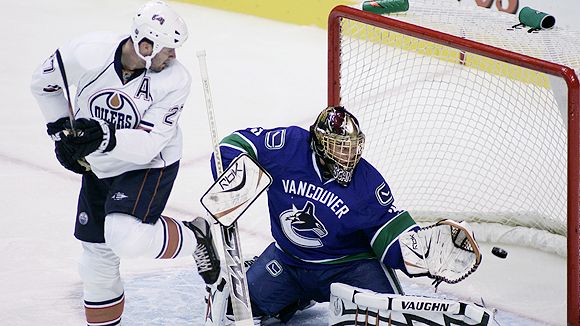 A post the other day over at Copper Blue Dreams got me thinking again about the Dustin Penner RFA signing. What was the value of the three draft picks given up to sign him? The blogosphere has always been divided over the Penner signing, and I personally have been extremely ambivalent (although I’m very critical of the Vanek signing). In order to help clarify the exact value of these picks in my mind, I’ve gone through the 2001-2004 NHL Entry Drafts (note: 2001 was K-Lowe’s first year with his people in charge, and anything more recent than 2004 is still to recent to adequately determine players drafted) to calculate what kind of players the Oilers might have gotten with these picks. To keep things simple, I’ve also kept the value of the pick at 12th overall, rather than raising it to reflect the drop in performance that not having Penner for 82 games would have made. I have also adjusted for compensatory picks, which is why the 1st, 2nd and 3rd round picks aren’t always exactly 30 picks apart (I just kept using the position of the team that picked 12th overall)

Let’s try it again, using the methodology that Copper Blue Dreams does, docking points for Penner’s 4 game winning goals (averaging it out to the 8th overall pick). Here’s what we get:

Okay, I think I’m sold now. Obviously, there are better, more indepth ways to do this breakdown, but from this data I’m fairly satisfied that signing Penner was a good decision hockey-wise.